What Does Your Meat Eat?

These guys are as free range as a pig can be. They live in the bush. They root. They wallow. They run. They play. They are pigs. They are also on the Critically Endangered Farm Animals list! Which means we need to eat them to save them!

Tamworth, Mulefoot, and Large Black pigs are  heritage breeds that are nearly extinct. Why? Because they don't perform well in confinement. These are old school range pigs. They have a smaller ham and and a shorter loin, and as we've learned, must be butchered at a lighter weight because after a certain point they only put on fat.  All these qualities are undesirable to the industry. We, however, embrace the heritage characteristics full on!

Their fat renders down to a beautiful lard, perfect for pastry. I've even switched out my butter, when frying, to lard. Much healthier (Don't laugh! It's the fat from a grass fed animal, which has many nutritional benefits found in it!) and far more economical.

The smaller ham and shorter loin are not an issue as the equally delicious shoulder is beautifully marbled and tender, ranking it possibly higher as prime cuts go.

Don't forget the belly! Oh the belly! Belly means bacon! Mmmmmm... That's all that needs to be said.

The flavor of their meat is vibrant! You can taste the forest they've forged from!

With farrowing our pigs at various times a year we have more  butchering dates available for your convenience.

We raise a limited number of these beautiful porkers.
Please have your whole and half order placed ASAP!
There's always a waiting list!
To order Please email us at farmer@naturesgreenacres.com 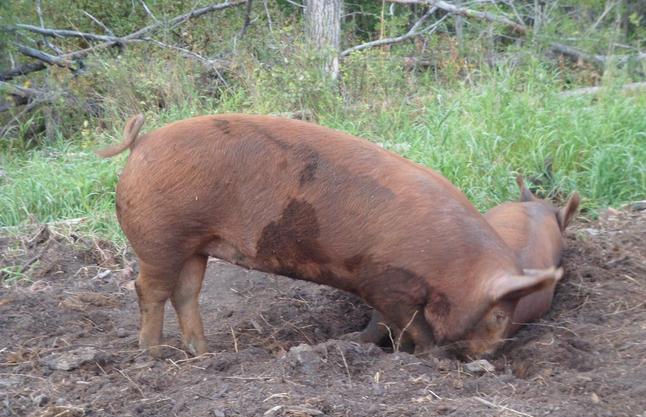 Tamworth enjoying the variety of vegetation the forest has to offer.

Little guys trying to keep up with the herd.

Tamworth heading out for the first time into the crazy amount of grasses in the bush.

When the pigs first arrive we keep them in a small pen for a few days to allow them to become accustomed to their feed and water location. 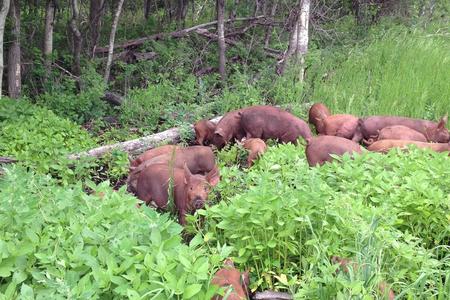 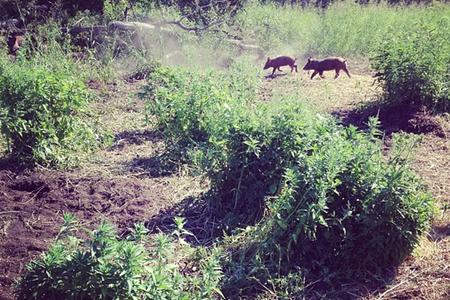 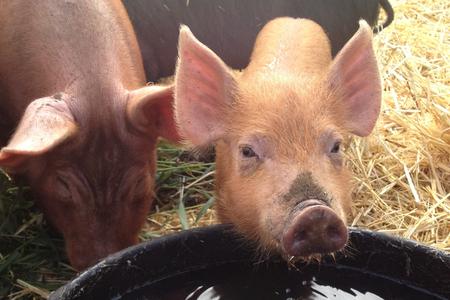 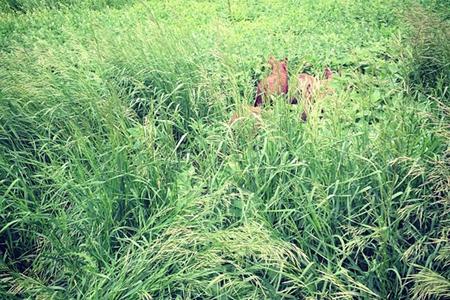 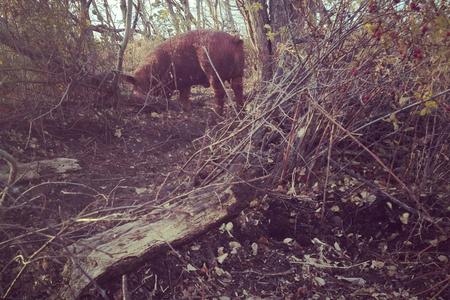 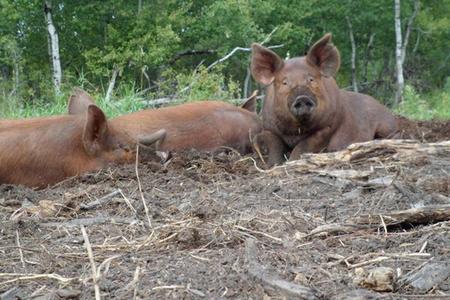